One of our neighbours brought us some boiled palmyrah roots from their recent trip to Jaffna. My mother decided to make a snack that her grandmother used to make her during her childhood. So, today’s recipe is a palmyrah root snack or ‘panang kilangu urundai’. I am bringing this snack together with some music to Angie‘s Fiesta Friday #117, co-hosted by Mollie and Scarlett. 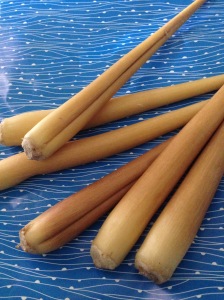 Today’s music feature is on the Carnatic progressive rock band, Agam, which is based in Bangalore. While the band has been around for a decade or so, I only heard their music when they played at the MTV Coke Studio. ‘Malhar Jam’ is the clip that introduced me to their music.

The second music clip is called ‘over the horizon’. I came across this Malayala song, which I liked, while listening to some of Agam’s music on their youtube channel.

Hope you enjoy both the snack and the music! 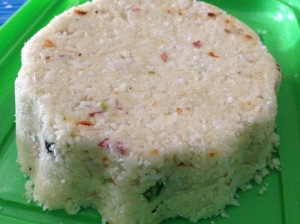